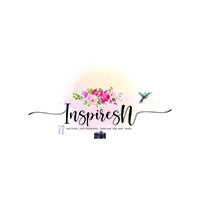 As mentioned in my earlier post, in simple terms, in the Aperture priority or Av mode, the user sets the aperture value manually. The shutter speed and ISO values are automatically set by the camera. Similarly, in the Shutter priority mode or Tv mode, the user sets the shutter speed alone. The camera automatically sets the aperture and ISO. This is the basics of how it works. As you read further you will see you can change the ISO values or exposure component in some cases if required.

How does the shutter speed priority mode work?

Shutter priority mode is an excellent choice to freeze and capture a continuous movement or for slowing the movement of a subject. The camera's sensor gets exposed to more light or less light depending on the speed of the shutter. A faster shutter speed of 1/1000 sec will allow less light into the camera, whereas a slower shutter speed of ⅕ secs will allow more light into the camera. The faster the shutter speed, the sharper the images captured in the freeze. However, the captured images can get darker with an increase in shutter speed. To compensate for that, one can increase the ISO.

This mode is generally used to capture fast-moving subjects, frozen in action. For instance, capturing a person jumping high up in mid-air, a sportsman in action, a dance performance, a bird in flight, vehicles zooming past, people walking past, water splash, etc. In these captures, faster shutter speeds are used to show frozen movement in action. The subject captured is crisp. The pictures below are a few examples.

The shutter priority mode can also be used in captures to blur motion by using a slower shutter speed. For instance, water flowing against the rocks. Another one is a capture of a still subject in a busy street, where the movement of the surrounding folks is blurred. This is done deliberately to show motion around the subject. The photographs taken below are some examples of captures with slower shutter priority speed.

What shutter speed to set, is decided by the speed of the subject being captured and what the photographer envisions. He may want to capture a crisp image of a subject in motion or a slight blur to show movement. It may require some trials and adjusting the shutter speed to get a perfect shot.

Shutter priority mode is also a great choice for Panning. This is a technique in which a fast-moving object is captured frozen in action. The background will have moving subjects that are blurred depicting movement. The camera is panned along with the moving subject with continuous clicks. The panning technique was published in an earlier post, do check it out.

How to set the shutter speed priority mode?

To set the shutter priority mode is very simple. Turn the dial of the camera to Tv (Time Value) mode in Canon or S mode in Nikon. Then set the desired shutter speed by turning the knob. You will notice that the Aperture and ISO are automatically set when you start focussing on your subject.

What are some things to keep in mind while using this mode ?

Thank you for reading and hope you have a great time exploring the shutter priority mode. If you have any tips to add, I would love to hear in the comments below.